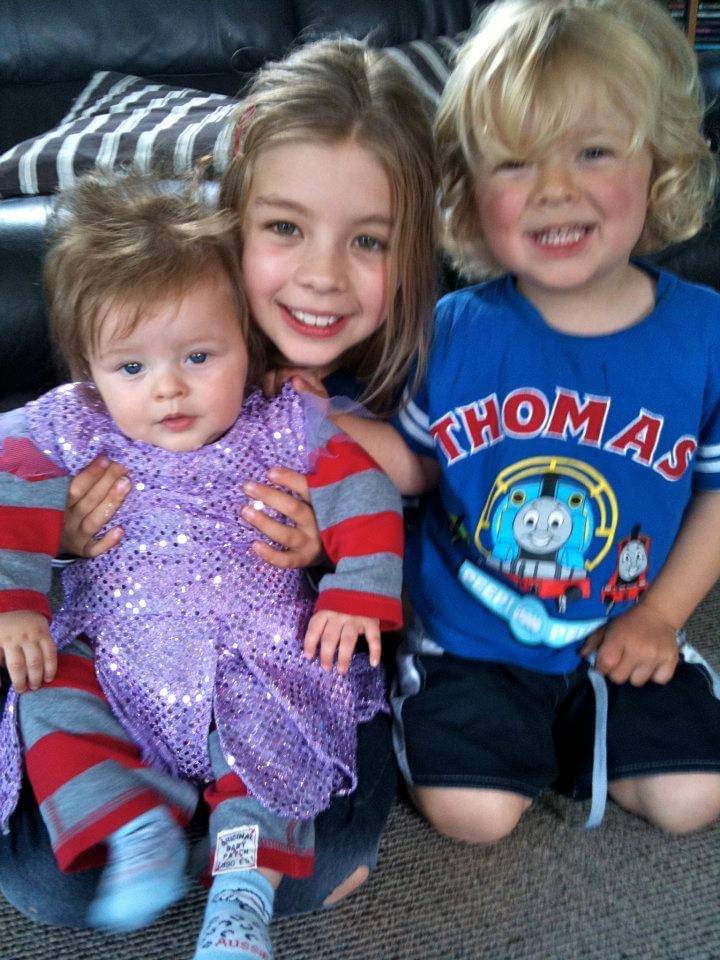 Alice (mtf) is part of a blended family. We live in Wellington. Alice is my youngest child (aged nine) with an older brother (12), and sister (18). Alice lives between our home where my partner and his daughter aged eight and son five, live part time. She also visits her dad who also has an older son (half-brother) who no longer lives at home.

Before I had Alice I can't say I knew much at all about the LGQTBI community, and I am embarrassed to say that if I saw someone who I thought was transgender in the street I would stare in confusion.

There was something a bit different about Luke from a fairly young age. He had nothing in common with his brother, and preferred to play with his sister's clothes and toys and other girls at day care. It was common that I would pick Luke up from daycare and he would be dressed in tutus and fairy wings and at every opportunity would be on stage singing and preforming. At age three Luke wanted a frozen party theme, and he wore his Elsa dress, I thought at the time it was a phase and I was best to go with it, and we were fortunate that family and friends were pretty accepting that this was just who Luke was.

Subtle things started to worry me, like not wanting to get changed in front of people or share a bath with his sibling. At age six when Luke started talking about cutting his penis off I really started to wonder if there was something more going on.
I started reading about gender dysphoria and recognised that there might be more to some of the behaviours we were seeing.

I showed Luke a video on YouTube of Jazz Jennings. It was a lightbulb moment for Luke. He turned to me and said, she's like me! For Luke's seventh birthday he said all he wanted was to be able to be a girl. I brought Luke a set of his first girl clothes. For a while Luke just wore these at home, but he would sneak his dress ups (Disney princess dresses and the like) in his school bag or underneath his boy clothes and would change at school without my knowledge. I ended up speaking to the school who were open to him dressing in girl's clothing as long as it was appropriate school clothing. I have to admit this point in time was extremely uncomfortable for me, Luke had really short hair and earrings and I was struggling to cope with what was happening.

Luke wanted to change his name to Lolayla at first. We discussed that if Luke had been born a girl we would've called her Alice, and she agreed to be known by that name. As a family we made plenty of stuff ups as we tried to get used to a new name and pronouns but we all tried our best, and now nearly three years on it's hard to identify with Luke at all. Luke was a naughty, unhappy child who never really made much sense to anyone, Alice is a happy, confident, popular child who brightens everyone's lives, she is now learning and engaged at school and making good progress.

Anyone who has seen Alice's journey can see this. Alice herself is the best advocate for her path. Her confidence and happiness is infectious and hard to deny. I know we have been super blessed to have the support of our wider family, and I think from some who I have spoken with we have faced very little opposition. In saying that, we have still had some dark times, I have lost some friendships where people have not understood and dropped out of our lives. Unfortunately I have found it hardest to accept that people, instead of being honest and straight up about their opposition just choose to stop visiting or phoning. We've also had a few dramas at the school swimming pool where mysterious signs appeared (after the owner got wind of a transgender student) on the female changing rooms saying “no boys allowed over 6 years of age”.

Any kind of discrimination like this has just fuelled a fire in my belly to advocate for not just Alice but anyone who is different and discriminated against. Thankfully, Alice has inspired much of this advocacy and speaking out. My eldest daughter chose to use Alice as her subject for her year 12 photography display where she portrayed transitioning in a beautiful and creative way which gained her Excellence. She also spoke about transgender issues bringing her class and teacher to tears in English class and has advocated for the inclusion of transgender students at her school and for a rainbow support group.

I am super proud of my children and have learnt so much from being Alice's mum. Looking back what's mattered is love. I love all my children for who they are and I will always do everything I can to make sure they know that.